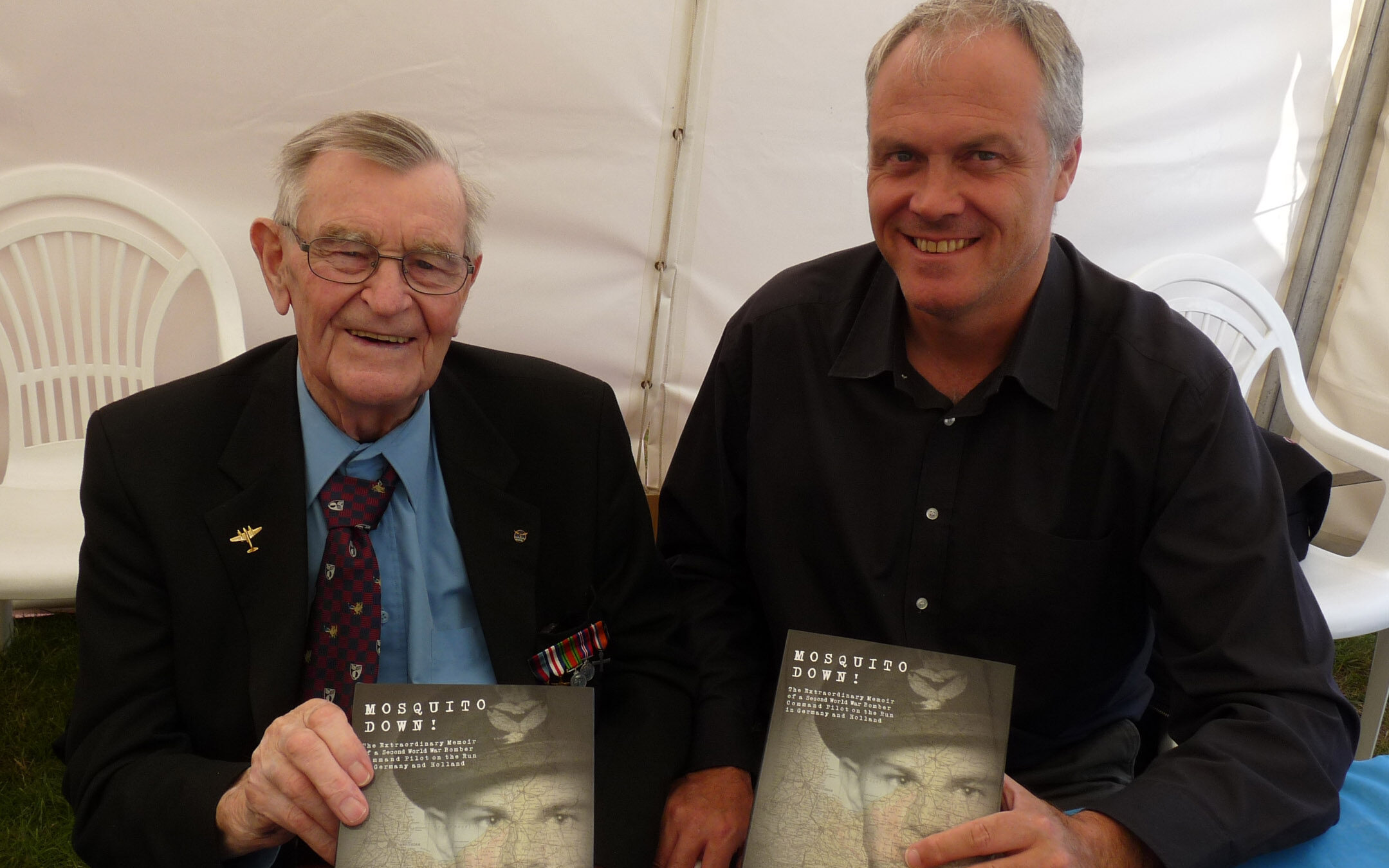 The sad news has come through of the passing of Bomber Command veteran Frank Dell, A well-liked and highly respected pilot. In 2014 I had the honour and privilege of publishing Frank’s book ‘Mosquito Down’. Frank, who was then living in Australia, flew over to the UK for the launch at Duxford. It was a pleasure to have his company, a wonderful man.

Frank was shot down in his Mosquito in 1944, and his Navigator, Ron Naiff, lost his life. When Frank came to the unveiling of the Bomber Command Memorial in 2012, particularly to remember his friend Ron, he was interviewed by the RAFBF.

My condolences to his family and all who knew Frank.