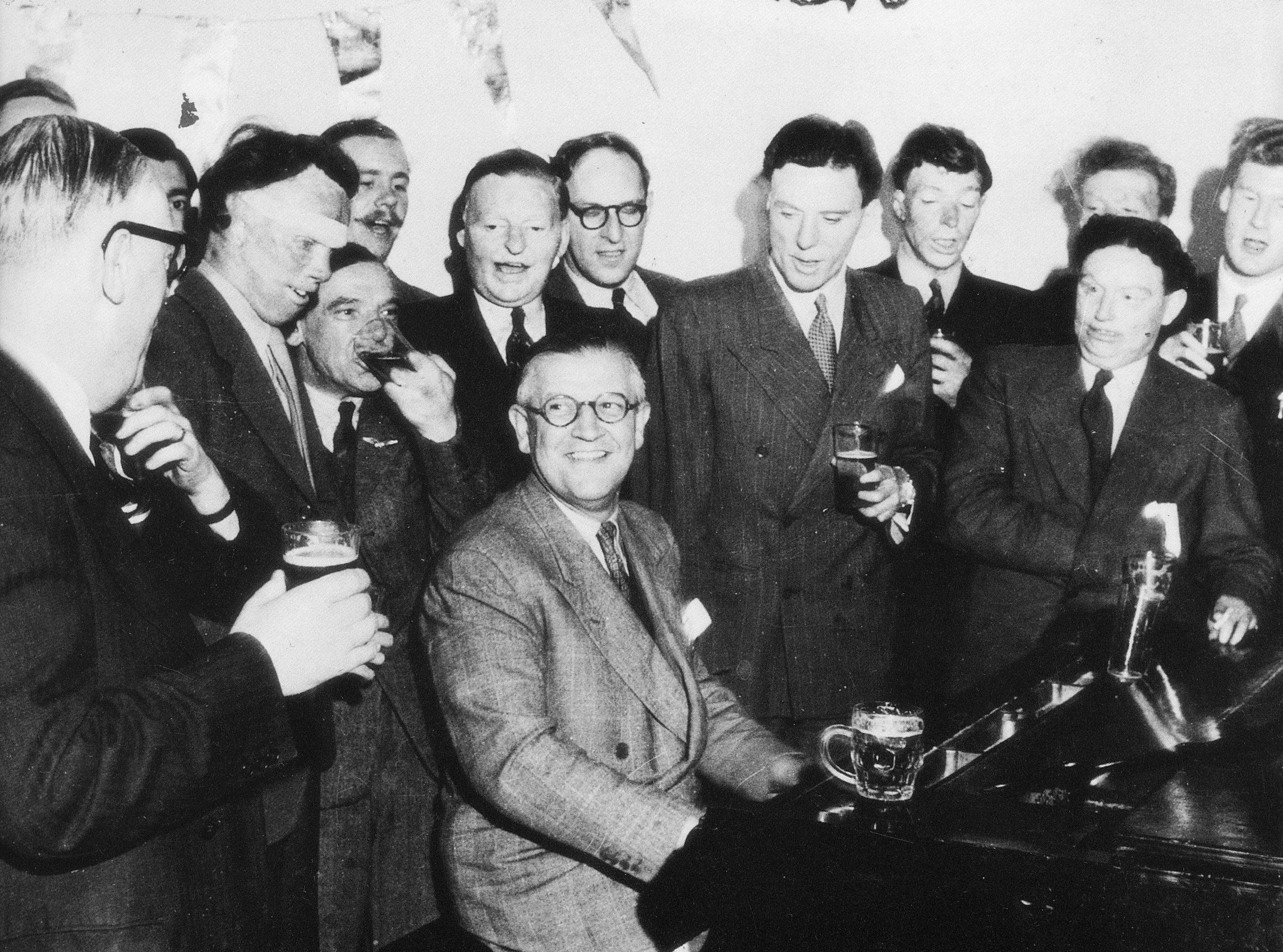 Today marks the 81st anniversary of the formation of The Guinea Pig Club on 20 July 1941. Last year the RAFBF gave me the opportunity to recognise the extraordinary work of surgeon Sir Archibald McIndoe and his team, whose genius went beyond treating the physical injuries of the burned airmen.

Eighty years ago one of the most extraordinary fraternities in the history of military service came into being, the ‘Guinea Pig Club’. But as the brilliant surgeon Sir Archibald McIndoe would say about this exclusive club ‘the entrance fee is something most men would not care to pay and the conditions of membership are arduous in the extreme.’

That entrance fee was paid by scores of men who served with Bomber Command during the Second World War. Men who had volunteered to fly bombers, to man aircraft loaded with explosives, hundreds of gallons of fuel, and oxygen bottles. One such airman was Bill Foxley a navigator whose Wellington crashed and caught fire on a training flight in 1944. Bill escaped the flames but, showing extraordinary courage, he went back into the fire to try and rescue his wireless operator, suffering extensive burns to his face and hands.

Bill would end up at Queen Victoria Hospital, East Grinstead where New Zealander Archibald McIndoe was pioneering the treatment of victims with deep burns and facial disfigurements, using saline baths, having seen the different healing rates of pilots who came down in the sea compared to on land, and the development of the walking-stalk skin graft, the tubed pedicle. Bill Foxley’s treatment included 29 operations. His would become a familiar face for all those interested in the aviation stories of the Second World War appearing in the 1969 feature film Battle of Britain, as a pilot who had suffered facial burns.

But McIndoe’s genius in treating men such as Bill was not just medical in nature. As he said, ‘the conditions of membership are arduous in the extreme’, and he did all he could to not only alleviate the physical suffering but the mental anguish as well. He created a culture and approach to re-establish in his patients a feeling of worth and humanity, rehabilitating them back into society, letting them wear their service uniform, encouraging fraternisation with the staff, there were concerts, sports events, and excursions beyond the bounds of the hospital into East Grinstead, which came to be known as the town that doesn’t stare.

Polish airmen Jan Black served as an air gunner with Bomber Command and in 1942 his Wellington crash landed and burst into flame. Jan fought to free his pilot but the fire grew in intensity, and he had no choice but to escape, covering his face with one hand and finding an exit with the other. Finally clear of the inferno, Jan’s face and hands were badly burned. He was alive but in terrible pain. Whilst in hospital Jan was met by Archibald McIndoe who arranged his transfer to the Queen Victoria Hospital.  When interviewing Jan about his treatment at East Grinstead, he recalls graphically and emotionally the awful circumstances in which he was injured, but with great affection he also describes his admiration of Sir Archibald McIndoe. To quote  Jan.

“He worked long, strenuous hours because he wanted to give us young men, with our burned faces, hope for the future. Sometimes you looked at yourself in the mirror and you’d remember how you were when you were young and not disfigured. He not only made us look better but he gave us spirit and we trusted him.”

Jan would go on to fly combat operations in a Lancaster, and after the war he settled in London. He married Evelin, a young girl he had met before the terrible crash but who Jan had avoided while receiving treatment. Evelin would make it her mission to find Jan. She did and they were married for 52 years.

Bill Foxley and Jan Black, both members of the Guinea Pig club, a lifelong community of airmen, of friends, who suffered greatly but whose humanity was restored by the brilliance of Sir Archibald McIndoe and his staff at East Grinstead. When asked if he had always been such an outstanding surgeon, Sir Archibald replied, “A good, competent surgeon, experienced, yes…but when I looked at a burned boy for the first time and saw I must replace his eyelids, God came down my right arm.”