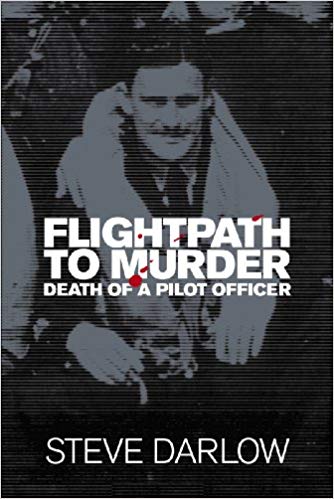 75 years ago, last Wednesday, 16th September 1944, Tempest pilot Bill Maloney crash-landed his aircraft in enemy territory. He was quickly captured and murdered. After the war there was an investigation and a war crimes trial. In 2012 my book ‘Flightpath to Murder’ was published detailing the whole affair. The research for the book, including interviewing witnesses in Holland and Germany, was an experience I will never forget, taking me to some very dark places. Nevertheless I felt it was an extremely important aspect of the air war story, and how it had become progressively brutal. For the last couple of years I have been adapting this story as the basis for a play called ‘Coup de Grace’. In October we will be holding a read through of the script and plans are in progress for a production in 2020. Updates to follow.

(The play is an adaptation of the book ‘Flightpath to Murder’ with fictional character names and places.)

In September 1944 a young Allied fighter pilot force-lands his damaged aircraft deep into hostile enemy territory. He survives the crash but minutes later his life is brutally ended. Ten months on and the European war is over. Germany’s defeat is total. The Allied forces occupying Hitler’s shattered Fatherland have to reestablish some sort of order from the chaos and ruin. Deemed essential is the bringing to justice those who had perpetrated war atrocities, to ‘pursue them to the uttermost ends of the earth’, and, ‘deliver them to their accusers in order that justice may be
done’.

Captain Robert Drake has been in action with the British Army since coming ashore on the Normandy beaches in June 1944. He, along with his second-in-command and friend Brian Forrest, has seen men under his command lose their lives as their unit fought its way through Nazi occupied Europe to Germany. With the war over Drake is keen to return to Scotland and his family solicitor firm, but he is persuaded to remain in Germany and become a war crimes prosecutor.

Meanwhile a team of Allied war crime investigators visit a German cemetery to exhume and examine the decomposing corpse of an Allied airman. The visible and ghastly damage to the body suggests foul play. Identification of the airman proves problematic and an investigation opens to piece together the last moments of the pilot’s life. What was the cause of death? Had a war crime been committed and should someone be held accountable? Eventually they have enough evidence in the ‘Arden’ case to bring forward a prosecution.

‘Coup de Grace’ tells the story of Robert Drake’s attempt to prosecute those deemed responsible for the murder of the Allied pilot. Who exactly was responsible and what had turned them into killers? Why had a man described as, ‘a tender father who as a good Christian disliked every violent action’ become a murderer in cold blood? Do the perpetrators have the right to due process or should they be found guilty simply because of their association with Nazi brutality? In bringing to justice those accused of the
barbaric killing of the Allied pilot Robert Drake must fight with his own conscience and inner feelings, testing both his loyalties and friendships.