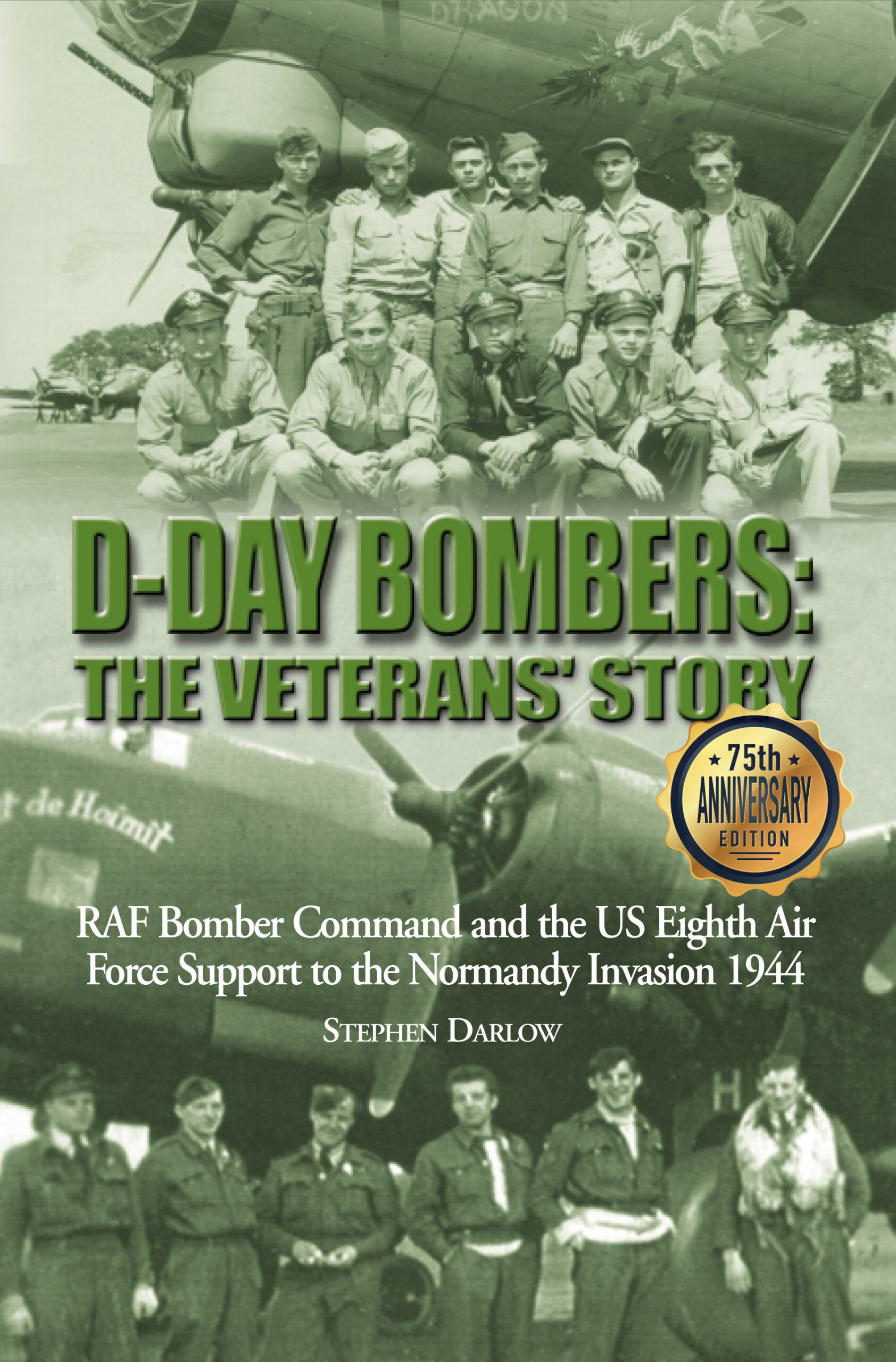 While researching for my book D-Day Bombers I had the pleasure to correspond with Lancaster rear gunner Fred Whitfield. Fred shared some of his diary entries, allowing me to publish them in the book. Included was one he made this day 78 years ago following an intense air battle attacking Revigny railyards. Here’s the extract from D-Day Bombers. (Signed copies are available here.)

In an attempt to maintain the block on enemy movement from the east, one of the railyards attacked by RAF Bomber Command in the middle of July 1944 was at Revigny in north-east France. Bomber Command aircrews visited the railyards next to the river Marne on three occasions and met considerable opposition. On the first raid on 12/13 July ten Lancasters were lost, on the second raid on 14/15 July seven Lancasters failed to return. On the night of the 18/19 July RAF Bomber Command, in particular 5 Group, made further sacrifice. Fred Whitfield DFM, a rear gunner with 9 Squadron, took part in the raid and recorded his experience in his diary:

This is our second trip over enemy territory today, and it has to be one of the worst I’ve ever experienced and ever wish to encounter again. We were flying a brand new Lancaster WS W, which was just as well, for the amount of punishment it had to take.

German night fighters were waiting for us as we approached the coast. They attacked our bombers continuously, from the coast to the target and back to the coast again. Ron [Adams, the pilot] corkscrewed and threw the Lancaster all over the sky. It appeared that aircraft were going down in flames in all directions.

When we arrived at the target, we dropped our bombs, then, continued to corkscrew. Losses are going to be heavy on both sides tonight for aircraft still appear to be going down in flames all around us.

I’ve learned today that one of my best pals, Bobby Younger, from Newcastle was shot down [and killed]. Frank [Stebbings, the mid upper gunner on Fred’s crew] and I both feel sick at the news, because the three of us trained together and were great pals.

Twenty-four Lancasters failed to return from the raid. In total RAF Bomber Command lost 41 aircraft and 287 airmen on the three raids. Despite daylight air superiority over France, the Allies still had to contend with formidable German night fighter opposition and continued to make the sacrifice to delay enemy troops reaching the front.