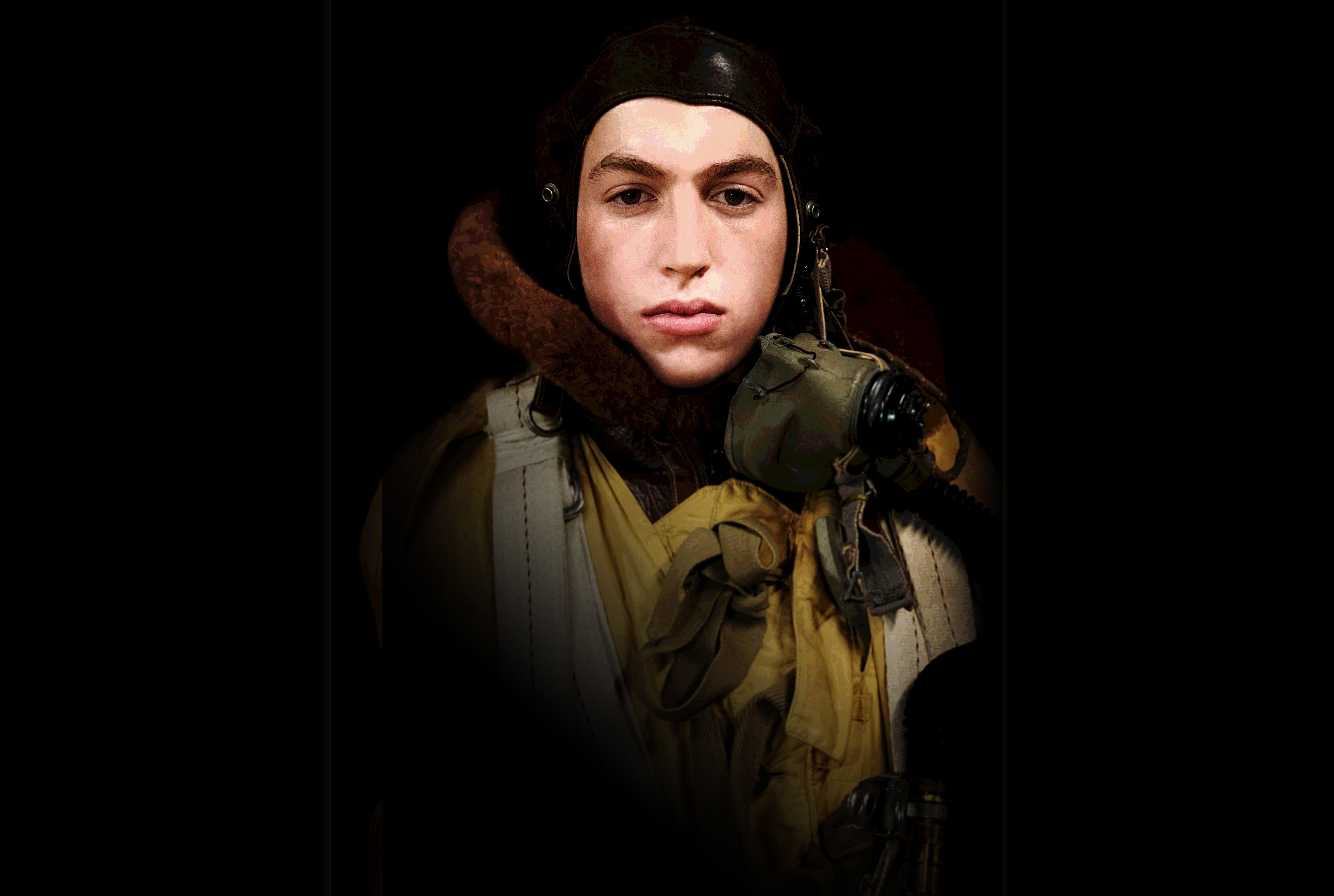 By Bob Baldwin and Max Kinnings

Wireless Operator is a new play telling the story of one man’s experiences of a bombing operation on board his Avro Lancaster during the latter stages of the Second World War. Bob Baldwin, co-writer, has drawn on his wireless operator father’s memoirs, first-hand accounts and log books, in writing the piece.

From the moment actor and sole performer Thomas Dennis, who plays the wireless operator John, came on stage I was gripped. The set, by Kit Line, is ingenious, with the whole performance centred on the wireless operator’s compartment in the Lancaster. Other crew members are heard but not seen, and the lighting and sound effects place you at John’s side as he fights to survive the last operation of his tour.

Wireless Operator is a well-crafted, gripping and engaging piece of drama that focuses on one individual’s experiences. It is a performance that is rich in the emotional truth of the air war. The humanity of our wireless operator, his fears, his hopes, his passions, is graphically and inventively contrasted with the apparent inhumanity of the task he and his crew are set.

The Bomber Command aircrew experience is multi-faceted, dependant on the period in which airmen were operational, the type of aircraft they flew on, the nature of the operations, and their personal predispositions as to why they became aircrew and their experience of the war to date. It is important to note that Wireless Operator is one man’s story, which is not every man’s story, but this play highlights an important element in the complex mosaic that is the story of Bomber Command.

The reason I say ‘not every man’s story’ is that many, who will be reading this review, will be related to Bomber Command airmen, or will have met and shared time with veterans. Each participant in the bombing campaign had to find their own coping mechanism when it came to the rigours and extremes of operations. Reactions at the time differed as did post-war reflection. Wireless operator John has his own ways to try and cope, and his own unique demons to fight. Many people are aware that most veterans, in the past, have been reluctant to talk about what they went through. There are lines at the end of Wireless Operator which struck me for their truth and simplicity, expressing why, for many, this reluctance was the case.

This is an extremely valuable dramatic presentation of a Bomber Command airmen’s fight for physical and mental survival. Highly recommended.

Further details of Wireless Operator can be found on https://wirelessoperator.co.uk/