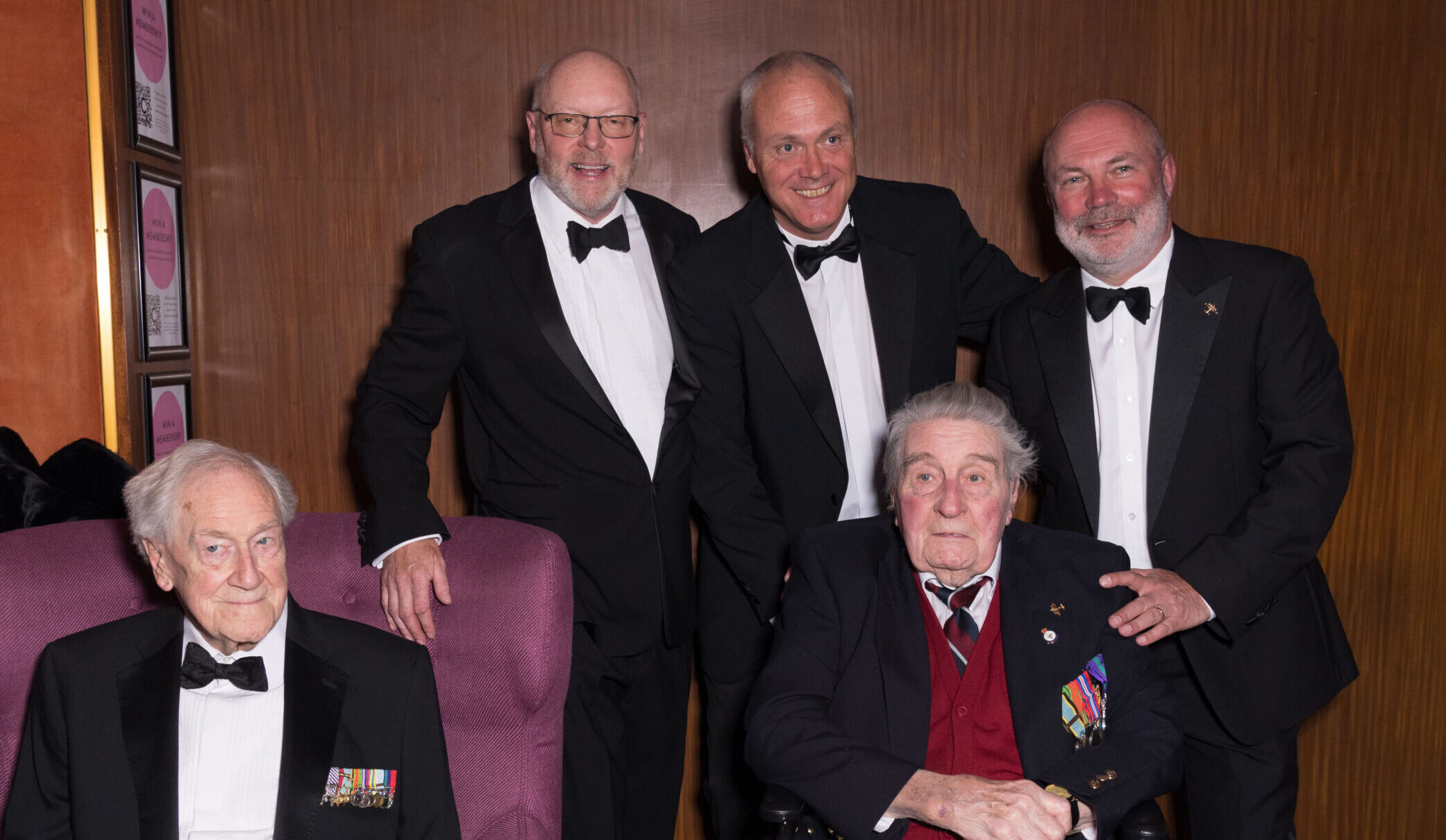 This weekend saw the UK release of ‘Lancaster’ in cinemas with DVDs and Blu-Rays landing on doormats over the coming days. It has been a privilege to work on the project as a co-producer and consultant with two of the best professionals in the business, Directors David Fairhead and Anthony Palmer. Their diligence and attention to detail has been first class.

(The accompanying picture was taken at the premiere with Anthony and David, and veterans John Bell and Bob Leedham.)

Very early on the decision was made to give voice almost exclusively to the veterans. So apart from some narration to give context, those who flew or serviced the bombers, and the women who served on bomber stations, tell their story. All of this is complemented by Chris Roe’s emotive and stirring music and John Dibbs incredible air-to-air footage of the Battle of Britain Memorial Flight’s Lancaster, which flies in memory of the 55,573 aircrew who lost their lives serving with Bomber Command.

One of the first decisions when making the film was to also include stories from both aircrew who flew the earlier types of bombers, to give the background to the Lancasters entry into service, and those who flew the other four-engine heavies, the Stirling and the Halifax. They all shared a common experience, and the BBMF’s Lancaster commemorates all those who flew with Bomber Command. David and Anthony’s skill stitching the testimony, air-to-air footage, and archive film together in a compelling narrative is filmmaking at its best. The sub-title of the film is ‘Above and Beyond’ and the film could not have been made without the team of supporters and producers, Keith Haviland, Trevor Beattie, Gareth Dodds, Jeremy Chatterton, and Steve Milne, and line producer Hannah Rees, who indeed went above and beyond in investing in the film, making sure the story received the best treatment possible.

The story of Bomber Command is vast and complex on so many levels, and I am sure this film will appeal to those already familiar with the subject matter, but my hope is that it will also bring the story of ‘The Many’ to the attention of those less familiar.